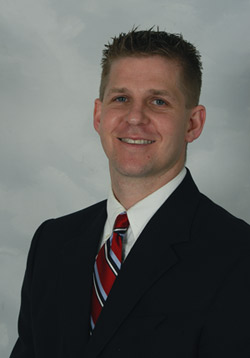 ​Dr. Shad Foster is a life-long resident of Van Wert, OH. He was born and raised in Van Wert, OH. He graduated from Van Wert High School in 1989. Prior to attending chiropractic school, Dr. Foster attended Bowling Green State University and Ohio State University. He has a Bachelor of Science Degree in Human Biology and graduated from National College of Chiropractic in Lombard, IL in December, 1996 with his Doctorate of Chiropractic Degree.

He is married to his wife, Kelly since 1999 and has three children Finley, Keaton and Flannery.